Given that I intend for my atlas to make regular appearances in this blog, I thought I’d add a ‘getting to know my atlas’ page. I added a couple of pictures in my introductory blog post but it’s probably worth repeating them here. This is what it looks like on the outside…

…and this is what it looks like on the inside front cover: 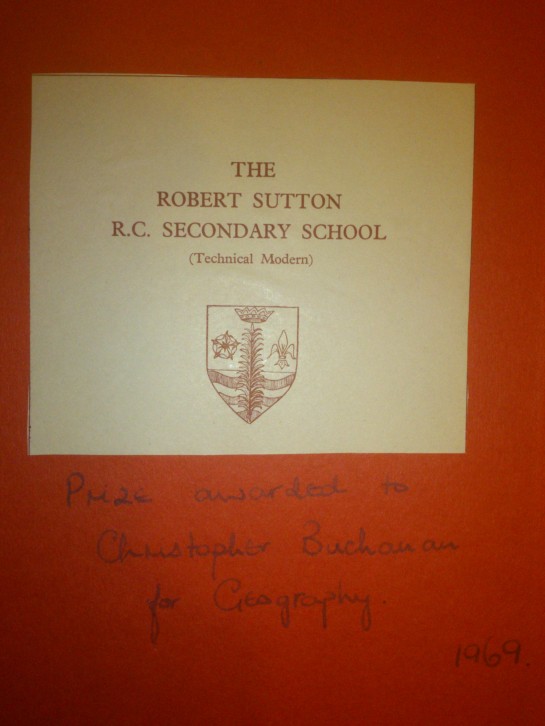 Superficially it’s the same as every other atlas ever published, containing a series of maps of every country and region of the world, some more detailed than others. However when you look more closely it has a number of idiosyncratic features.

Firstly takes a while before you get to the usual political maps of the world. You first have to browse through 40 pages of alternative maps of the world. These maps cover all many of subjects, including traded goods, power sources, transportation routes, agriculture, soil and vegetation, and climate and weather.

During my childhood in the eighties I became increasingly eager to learn about the world I was growing up in. However at the same time I was well aware that as a British child I was living in a country that never seemed to be the best at anything. Therefore one of the things that I enjoyed doing was working out what we as a nation were top of the class in. As a former colonial power, we no longer sat at the top of league tables for population, imports and exports, or land area, but a careful look through these alternative maps did yield a few surprises. Amongst the handful of things that we still ‘won’ at were such prestigious awards as ‘most cars and trucks per mile of motorable road’, ‘highest beef imports’, and ‘highest wool imports’. Truly something of which an 8 year old could be proud.

Other idiosyncrasies are related to the time that the atlas was published. There was much colonial upheaval before, during and after the 1960’s, and the atlas marks some but not all of these geographical and political changes. Several countries were no longer British colonies by this time (e.g. India) but many still were. Rhodesia still existed, for example:

In the same picture you can see South West Africa, now known as Namibia. Both East and West Germany were present and correct, bordered by Czechoslovakia. 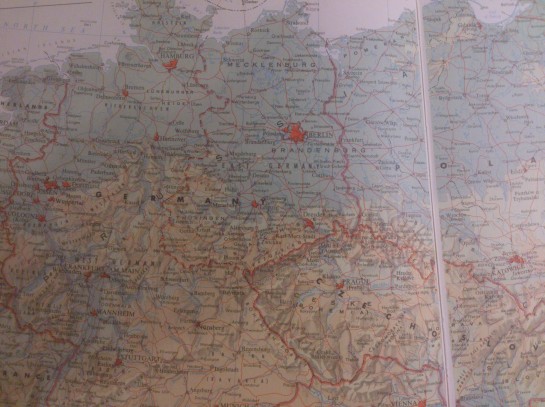 Slightly further south was Yugoslavia, at the time a happier and more integrated place.

To the west, Bangladesh was yet to be created – East Pakistan still existed.

Back in Africa, countries existed that I had never heard of until I looked them up for this blog piece. As examples, see Upper Volta (now Burkina Faso) and Dahomey (Benin). 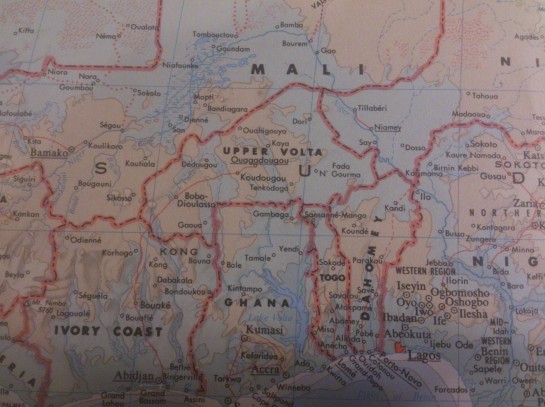 It wasn’t just country names which were stuck in the past. Beijing was still at the time Peking, while Leningrad still existed.

What else? Well, the world order is constantly evolving. China now would demand far more attention in a world atlas than China 150 years ago. To a certain extent this is reflected in the atlas. However, even taking that into account, I struggle to explain why New Zealand got a whole page to itself, whilst Africa had to make do with only 4 pages for around 50 countries.

Given the publication location, the British Isles gets even more attention than anywhere else with super-detailed 1:1,000,000 maps (even the USA only gets 1:4,000,000 maps). This means that I can pick out both my home town of Burton upon Trent, and where I currently call home, Oxford (minus the M40)

I could go on. Hopefully this has given you a good flavour of the atlas. I’ll try to post more maps from the atlas as I go, probably for blog posts which focus on specific countries or regions.